The locks of your building are often the primary security measure used to keep your business safe. Thus, if any of the locks have been compromised, your business and the safety of your employees may suddenly be jeopardized. In these instances, it is best to have the affected locks throughout your business changed. Here are a few indications that you should have new locks installed or old locks re-keyed:

While at work, your keys were lost for a period before being recovered.

As a business owner or manager, you are likely to have keys to all of the important areas of your business facility, such as entry doors and even safes. If you lose your set of keys, especially if they are lost for a long period, it is often best to have the locks throughout your building replaced.

During the time that your keys were misplaced, someone could have had copies of the keys made. With these keys, that person could gain entry to areas that he or she is not authorized to access.

You have hired a new security guard.

A high-level employee resigns or is terminated.

If an employee who had keys to many of the areas within your building or even to your outside entry door resigns or is terminated, replacing your locks can help maintain the security of your building.

The keys used by that employee may or may not have been turned in. As long as the locks remain unchanged, keys that were retained can still gain entry. In addition, keys that are turned in by the employee could have been replicated.

You have hired a new cleaning service.

If the company that was responsible for cleaning your business did not perform satisfactorily and you hire a new company, it is best to have each lock that matched  the keys given to the former cleaning crew replaced.

If you feel the need to change the locks of your commercial building, don't procrastinate. Contact a locksmith, such as Jerry's Lock and Safe Company, for more information. 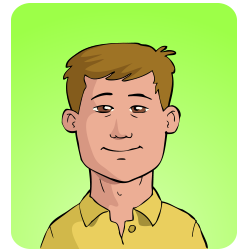 I still remember it like it was yesterday. I had lost the keys to my car, but I really needed to get to a meeting. Instead of doing the smart thing and contacting a locksmith, I decided to try to hot wire my own car--to no avail. In addition to setting off a burglary alarm that I didn't even know I had, I ended up damaging some of the wiring that went to my ignition. I don't want other people to end up in similar situations, which is one of the reasons I made this blog. Read here to learn how to stay calm, and how a locksmith might be able to help.